‘These new works are expressive of freedom but in fact they are underpinned by careful structure, so paintings such as Weather Report and Ribbon Road, with their free flowing forms actually maintain equal visual weight over their whole surface. Colour is the animating force of these works and it is colour, which establishes the internal rhythms and energy of the work.’ 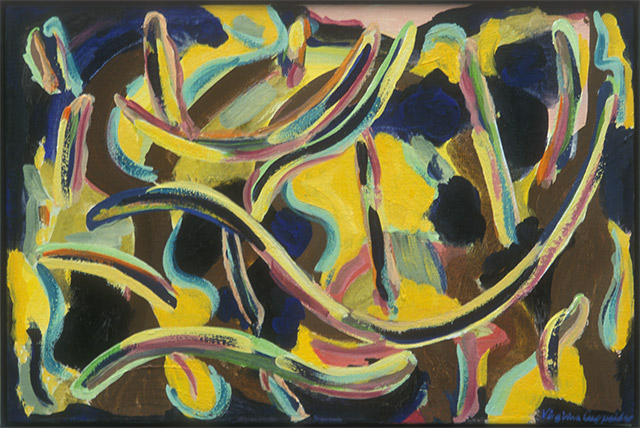 BY THE LIGHT OF THE MOON 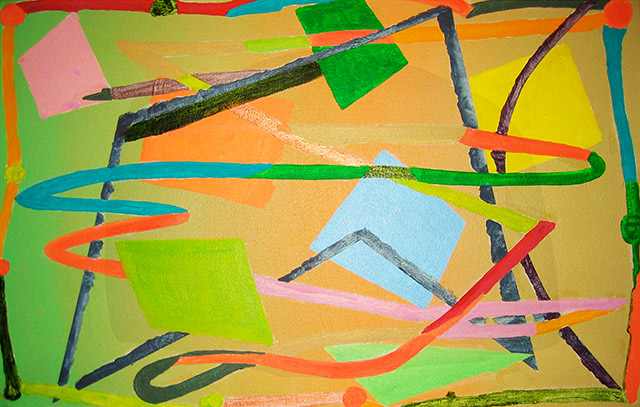 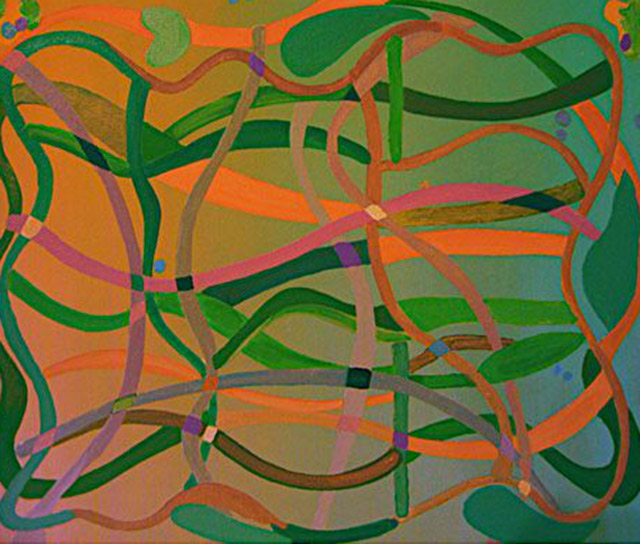 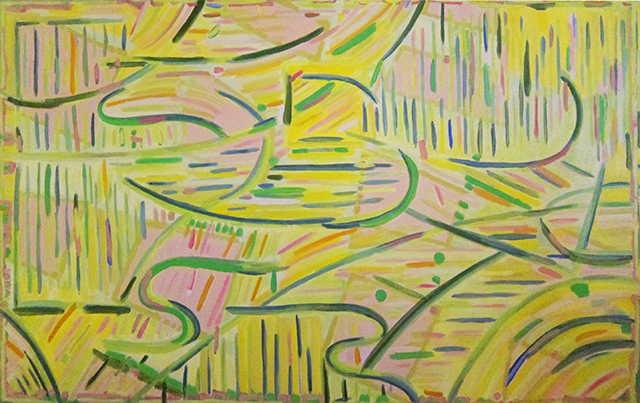 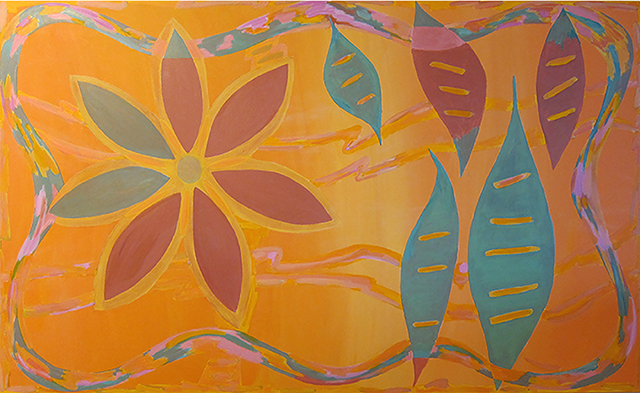 DOWN THE ROAD FROM MURRAY'S COTTAGE 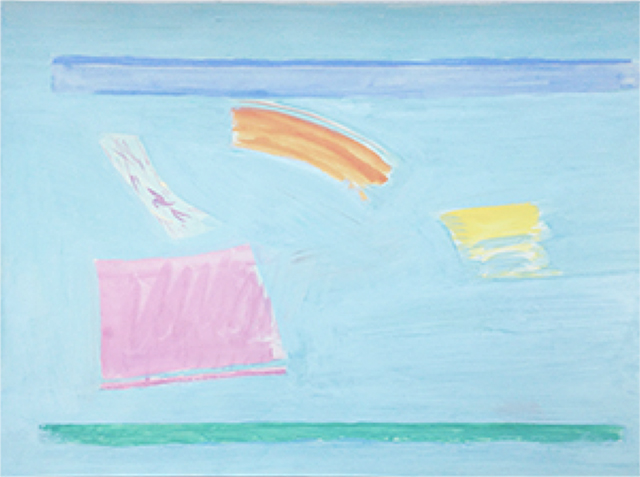 ‘Question from Lucy Strange in interview with Virginia for Artist Profile Magazine issue
34 2016’
“So whenever you were working in New York, there was always that memory of Australian light, and capturing that in your work? 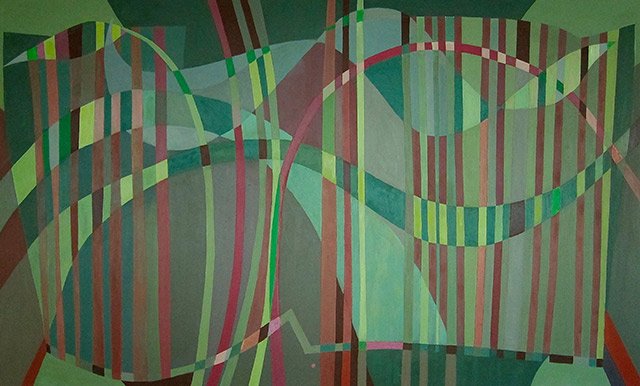 ‘Growing up in Queensland and living and painting in New York City since 1969, my paintings are about nature. “In Hill End creative ideas flowed immediately. The magnificence of Australian bush, the spirituality of the creative community, the night sky, no street lights, huge stars shining close, kangaroos nibbling on grass at dawn, walking among eucalyptus trees, hearing Kookaburra calls, seeing a tiny wildflower sprouting in a heap of dry leaves, like finding a gold coin on a city street.

2017 - in the collection of the Australian Embassy - Washington DC. Ambassador Joe Hockey in his thank you letter said "Given your many years of residence in New York and contributions to the art community, it is particularly fitting to present your works at a time when it is so important to highlight Australian contributions and relationships in the United States." 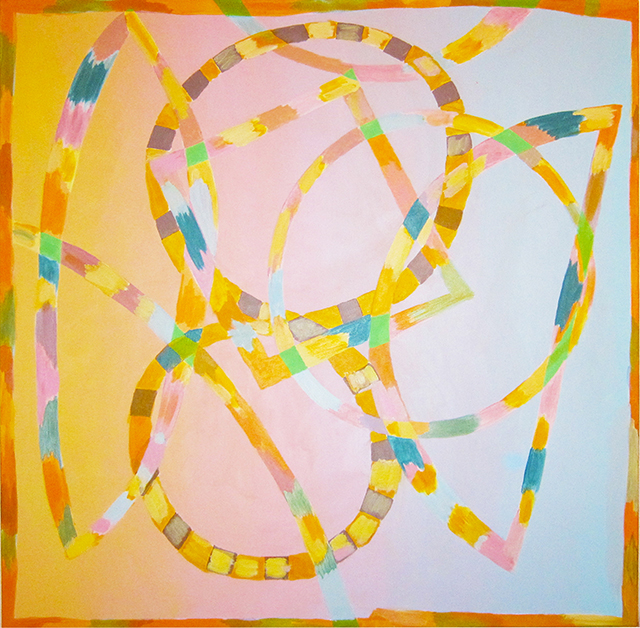 “In 2010 Cuppaidge told me that she was interested in connectivity - how things go around and connect in different ways. In one sense, her residency at Hill End and the New York/Hill End paintings that resulted from this experience are a production of this notion. After years as a New York painter, the desire to go to Hill End came from a need to embrace both nature and her past in the country in which she had grown up. When she went to New York to become a painter she never thought that forty years later she would yearn for the Australian bush - for the smell, color and texture of an ancient land - and for the light that is so Australian. Christine France, January 2013 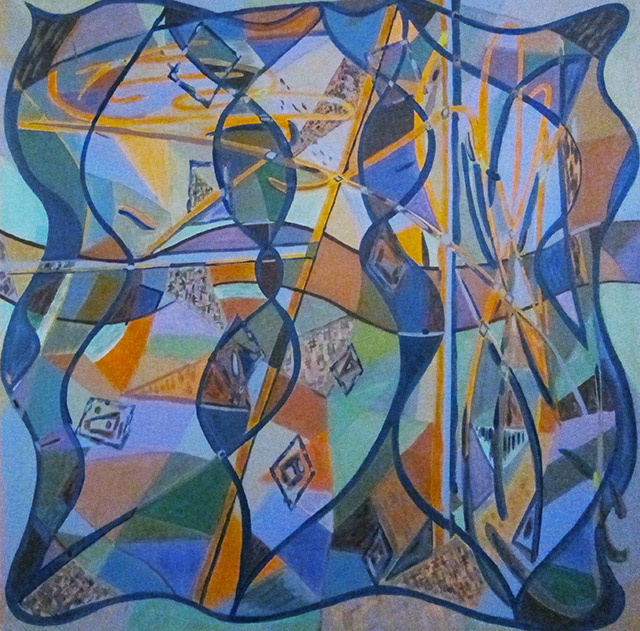 It was not until she was back in New York that she began working on her paintings. These evolve from her direct confrontation with the canvas, one color acts upon another, her painting is built on a conceptual memory of light, growth, change and rhythm as experienced in nature and interpreted into a new order of appearance. It is as if the experience of a place seeps into her and is metamorphosed into a painting.